Reading quotes is great habit, and would be even greater if one applies it, in their life. And if you are a writer or want to become one, then these motivational writing quotes by established authors can let you walk on the right path of writing career. Well, you will be overwhelmed with the entire list, as there are several quotes on writing.

I know most of the author start their career as a freelance writers, and uses their whole experience and became an author.

If you have already gone through all the famous personalities quotes, then you certainly might have observed those quotes about passion and writing. 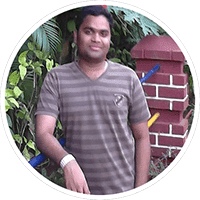